The Statute of SunHelp e.V.

SunHelp International e.V. is an association registered in Germany and recognized as a non-profit organization. Here you can find our association statutes in the original version from 05.05.2014. 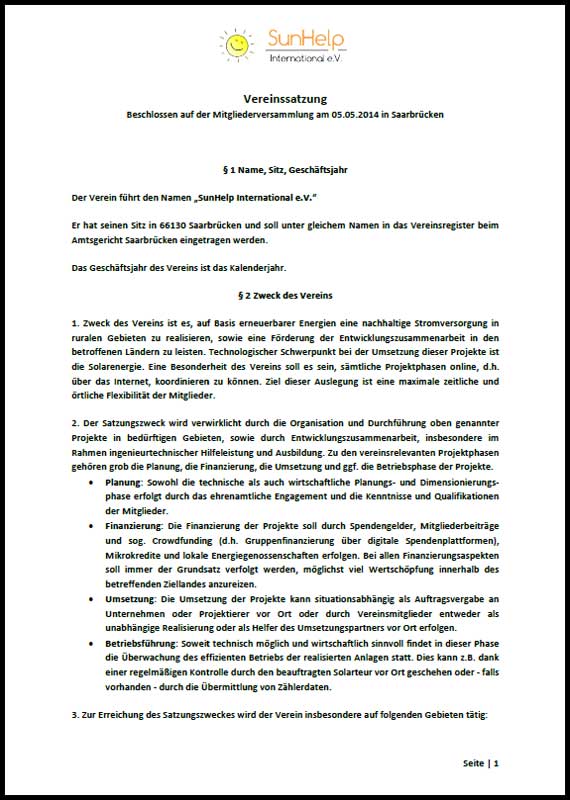 Approved at the general meeting on May 5th, 2014 in Saarbrücken

The association bears the name "SunHelp International e.V." It has its registered office in 66130 Saarbrücken and is to be entered in the register of associations at the district court of Saarbrücken under the same name. The financial year of the association is the calendar year.

§ 2 Purpose of the association

The association pursues exclusively and directly charitable purposes within the meaning of the section "Tax-privileged purposes" of the tax code. The association is selflessly active; it does not primarily pursue its own economic purposes.

The association is financed by membership fees, the collection of donations and, if necessary, by public funds.

§ 9 Amendments to the Articles of Association and Dissolution

Two auditors are to be elected at the general meeting. The term of office is five years. The auditors check the association's cash register and business at least once a year. The result is to be reported at the next general meeting. 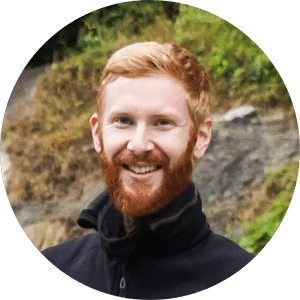 Do you have any questions about the NGO? Please write me a message: